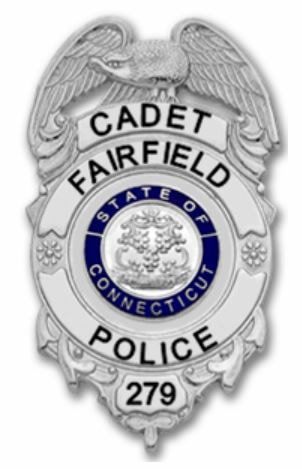 The Fairfield police Cadet Program, formerly the police Explorer Program, was formed in the 1970s.  One of the earliest members of the program was retired Fairfield Police Chief Lyddy, who has since been the strongest supporter of the program throughout his rise through the police department's ranks. 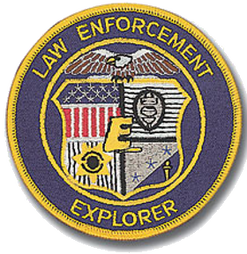 Exploring began as a senior program in early Boy Scout troops. These older boys carried out high-adventure activities and service projects, and gave leadership to young Scouts. In 1935, senior Scouts were called Explorers for the first time, and many were organized in separate Exploring crews in troops, using a senior Scout program. In May 1949, the National Executive Board revised senior Scouting to recognize as Explorers all young men in posts, Sea Scout ships, Air Scout squadrons, and all Boy Scouts over age 14 in troops.

In 1954, the National Executive Board and the University of Michigan led a national study that revealed the needs, desires, and concerns of boys 14 to 16. As a result, a completely new Exploring program was developed and put into effect January 1, 1959. This new program included activities, methods, and recognitions that were similar to, but separate from, the Boy Scouting program. After almost 10 years of limited progress, a study was conducted of the special-interest posts being organized by William H. Spurgeon III, a businessman from Orange County, California, and the newly completed research project of Learning for Life by Daniel Yankelovich. This study indicated that 83 percent of youth surveyed wanted more information on careers than they were getting at home or in school, and 94 percent wanted adult associations. Co-ed participation, sports, and adult-life recognition were found necessary to attract young adults to Exploring.

As a result, special-interest Exploring posts began to be organized by businesses and professional and trade organizations. The career interest survey of high school students was developed to identify and recruit members. This opportunity to join posts that specialize in careers or recreational programs attracted large numbers of young adults to Exploring. In April 1971, young women became eligible for full membership in Exploring, and the upper age limit in Exploring was increased to 20. With these new methods came a series of national activities designed and conducted to strengthen local posts and ships: the safe-driving road rally, the Explorer Olympics, and the national Explorer Congress, which led to the organization of the Explorer Presidents’ Association, involving Explorers in planning their program at every level. By 1981, the rapid growth of Exploring led to the development of national specialty programs in aviation, business, science and engineering, law and government, law enforcement, health careers, outdoor, Sea Exploring, sports, career education, arts, skilled trades, social service, fire and rescue, and communications.

In 2004, a former Explorer, John Visone saw that there was a need for a program specifically designed for the law enforcement explorer or cadet programs and established the North East Regional Law Enforcement Educational Association, commonly referred to as NERLEEA. NERLEEA launched a network of Law Enforcement Cadet Programs in the northeast region of the country. It provided leadership training, advisor training, and event management. Over the years, police departments and posts asked for something more.

In 2006, after a few years of organizing other events and programs for the youth, NERLEEA decided to incorporate and establish the program as an official 501(c)3 non-profit organization. Since that time, the membership base has increased to more than 50 agencies from Connecticut, Massachusetts, and New York with more than one thousand youth members registered annually.

Throughout the year’s officers from CT, MA, and NY organized and administrated the annual CT Explorer academy. Venues included Westover Airforce Base, Mitchell College, and Eastern Connecticut State University. In 2010, NERLEEA hosted their first-week long academy camp at the University Of Hartford. The academy was hosted by the University of Hartford until 2018 when the NERLEEA Executive Board began exploring different venues. It was a remarkable eight years with an incredible amount of memories and countless experiences. In 2019, NERLEEA moved the academy to Westfield State University in Massachusetts. Westfield offered a diverse and expansive campus and provided a fantastic venue for modern-day law enforcement training.

Currently, the Fairfield Police Cadet Program is a member of NERLEEA and continues to use it as a resource to provide training, competitions, and better experiences for our youth members.